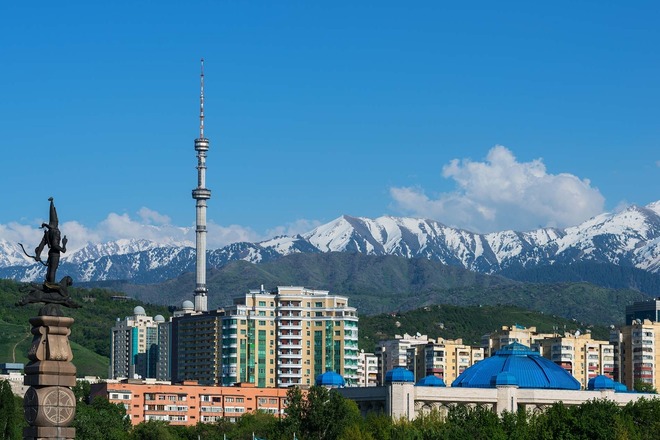 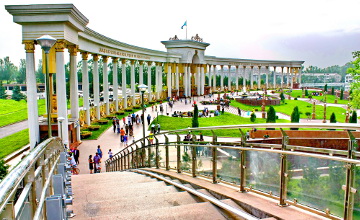 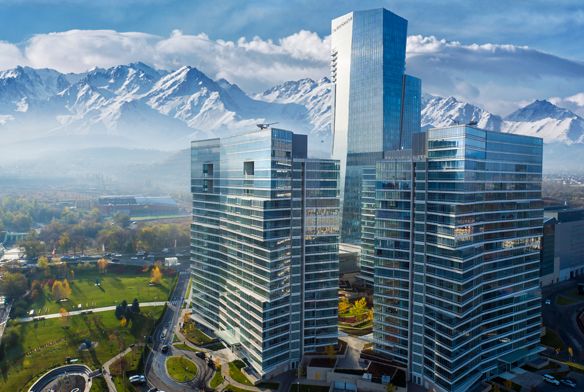 Almaty is beautiful the largest and busiest city in Kazakhstan on the valley of Ile Alatau mountain range. There are two million people with about 12% of the total population.
It is definitely bustling and must place to be. It also used to be the former capital of the country, until 1997 when it moved to Astana.
The city is still business center of Kazakhstan, with the stock exchange and largest banks located in Central Asia.
The city certainly has a spectacular beauty, it is located in the foothills of Ile-Alatau which is the norths gorge of Tian Shan mountains. The mountain view behind the city sky scribers is quite impressive and definitely worth to see!
Literally Almaty or Alma-Ata means “city of apples”, and, because of its relatively mild climate, it has a wide range of apple trees. The Almaty area is said to be the genetic home for many varieties of apples and the area is often visited by researchers and scientists from around the world, in order to learn more about the complex systems of genetics, and also to discover the true beginnings of the domestic apple.
Citizens are very relaxed and hospitable people. They rarely drink alcohol, however they link going out and smoke shisha (water pipe). The city is very green, in spring and summer flowers are everywhere.
You will certainly enjoy the city, mountain view and the spiritual atmosphere of the city!