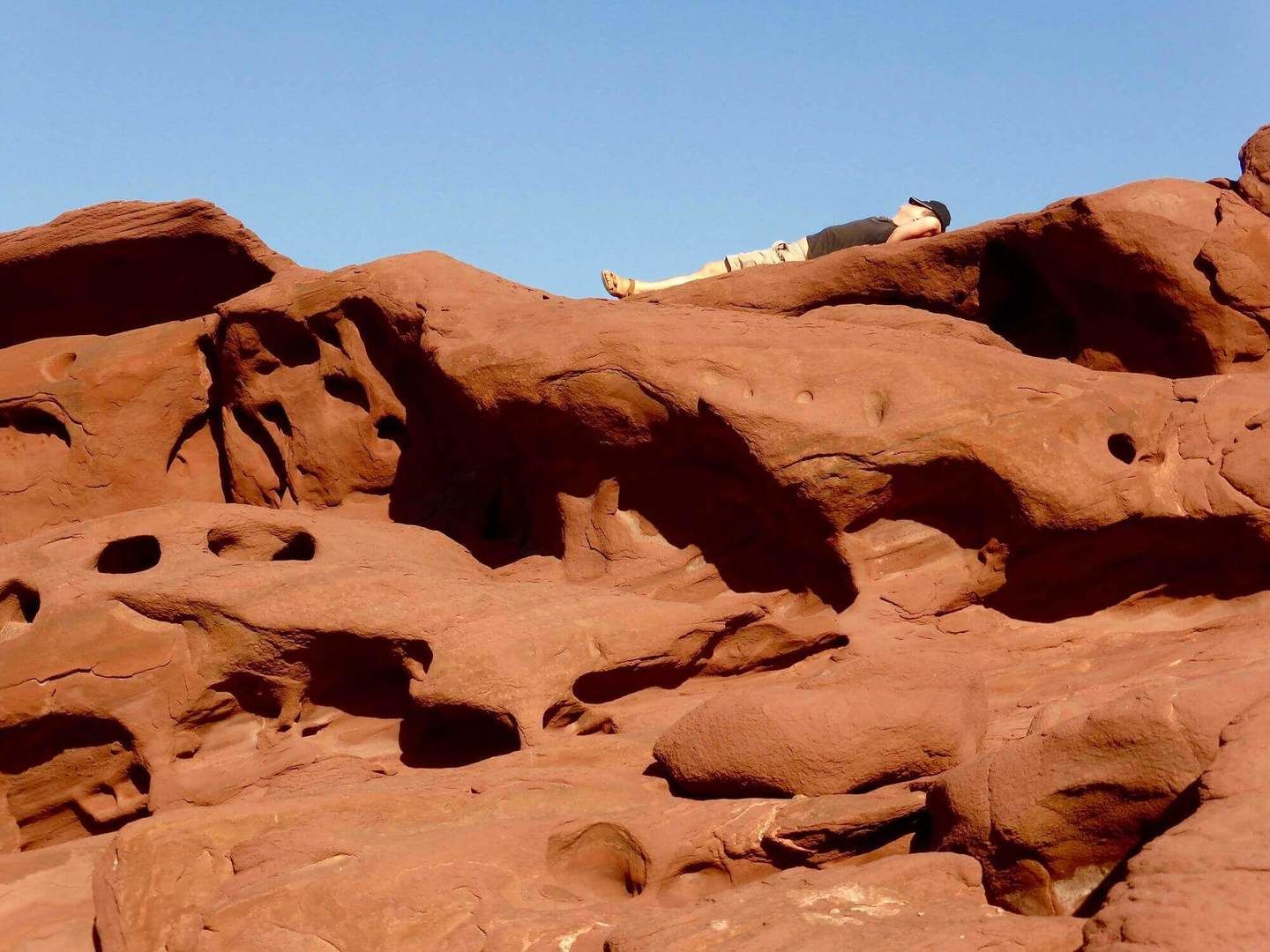 Katutau hills are located on the dead volcano locals call them “lava mountains” which indeed sounds true! And certainly it is the most impressive view in the world! Blueish gray and red sediments are dissected by sharp canyons about 40km away from Basshy. Obviously breathtaking beautiful landmark. Moreover, it is a good place to see the elusive arkhars (mountain goats with impressive horns). There is a natural spring-well with radon in it for a spa break.
Cretaceous mountains of Aktau – a unique natural monument in the national park “Altyn-Emel”. Multicolored hills, formed from a bluish-gray sandstone and red clay, interspersed with yellow and pink carnelian, jasper and white quartz, resemble a layered pie. With one meter height of the sediment.
The quaint shape of the gorges, rocks and canyons turns mountains. Aktau hills make up labyrinths in narrow aisles. From afar, the hills resemble castles, towers and columns. Such an unusual relief is the result of weathering and erosion that took place over millions of years.
The mountains of Aktau are one of the largest paleontological deposits in the world. Here were found the fossilized remains of the oldest plants and animals – giant rhinoceroses, crocodiles and turtles that inhabited the territory of modern Kazakhstan 30 million years ago.