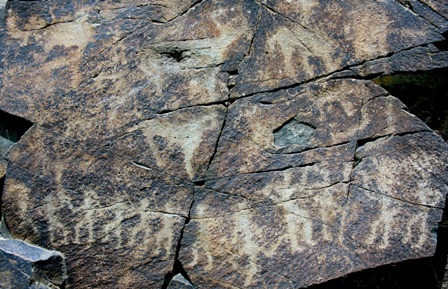 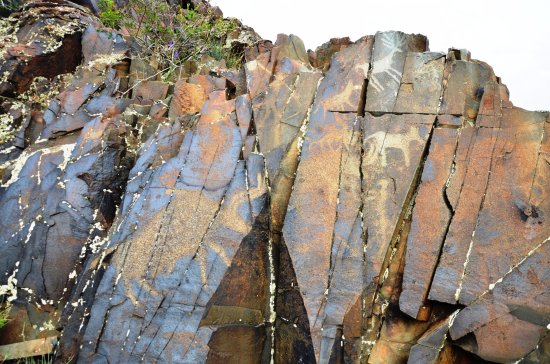 Tamgaly petroglyphs are unique paintings from ХVІІІ – ІХ centuries. BC.
Petroglyphs (rock carvings) of the archaeological landscape Tamgaly are one of the oldest and most striking monuments of Kazakhstan’s rock art, since 2004 it has the status of UNESCO World Heritage Site.
Tamgaly Gorge is located about 170 km north-west of Almaty in Anrakay Mountains.
The total number of drawings is about 5000 (discovered up to now). There are images of sun gods, warriors, married couples, pregnant women, as well as multi-figured compositions of people and animals, hunting scenes and scenes of animal sacrifice.
Most of the petroglyphs refer to the Stone, Bronze Age and Golden ages. In addition to the petroglyphs a large number of ancient graves are also found in Tamgaly