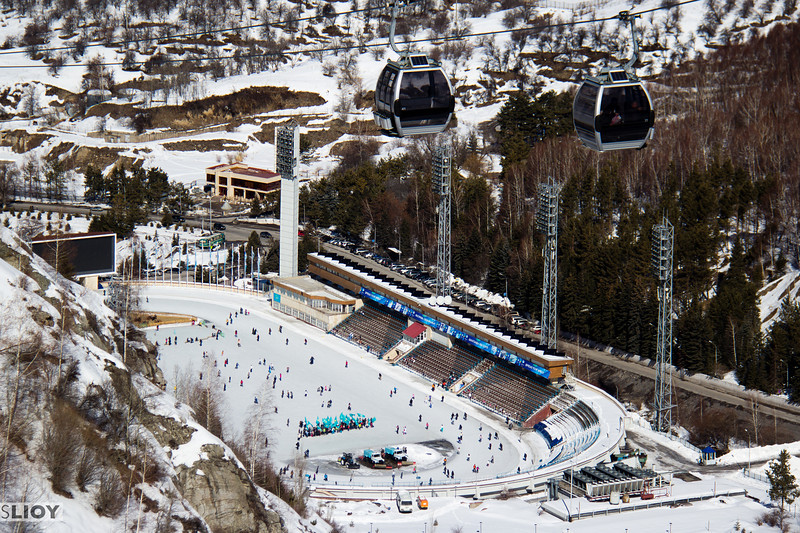 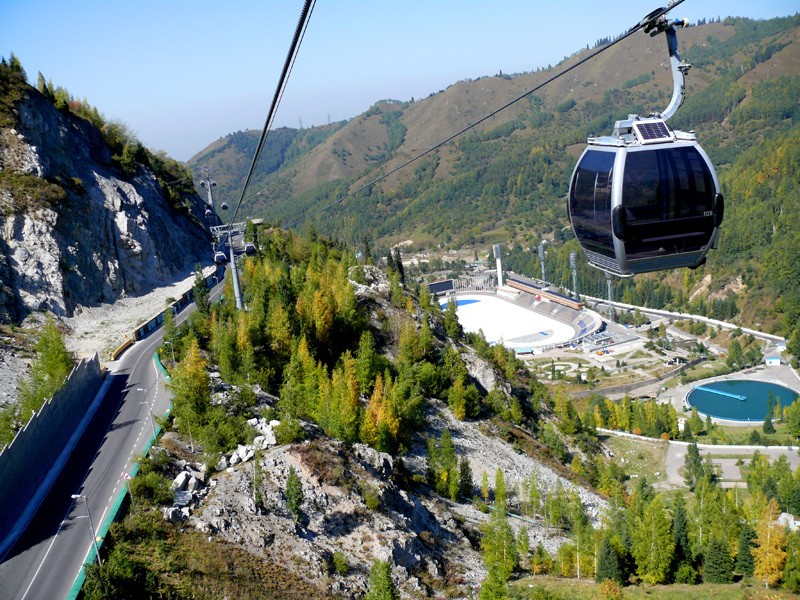 Medeu Ice rink and Shymbulak Ski resort are Almaty’s winter-sports playgrounds in the Malaya Almatinka valley. The facilities were comprehensively upgraded for Almaty’s hosting of the 2011 Asian Winter Games. Medeo, about 15km southeast of central Almaty at an altitude of 1700m, is a scattering of buildings around the huge Medeu ice rink. Shymbulak, further up the valley at 2200m – 3200m, is Central Asia’s top skiing center. The two are connected by road and a cable car. Medeu is always several degrees cooler than Almaty, and Shymbulak is cooler still. Except in summer, rain in Almaty means snow and zero visibility at the higher elevations.

The view from the 2,840-metre ski mid-station is breathtaking – and so is the prospect of having to slide down the steep slopes.